Vintners and others in the community had the forethought to preserve open space and prevent future over-development by enacting the nation's first Agriculture Preserve.

In the late 1950s and early 1960s, landowners realized that the encroaching urban growth to the south all but guaranteed that their land values were about to increase exponentially. Left unchecked much of the valley could by now have become paved over and covered in tract-homes and strip-malls similar to Santa Clara Valley, once a thriving agricultural area.

In 1968, Napa Valley vintners and others in the community had the forethought to preserve open space and prevent future over-development by enacting the nation's first Agriculture Preserve. This land-zoning ordinance established agriculture and open space as the best use for the land in the fertile valley and foothill areas of Napa County. Initially the ordinance protected 23,000 acres of agricultural land stretching from Napa in the south to Calistoga. Today, more than 32,000 acres are contained within the Preserve, and no land has ever been removed.

Thirty years ago, in the formative stages of today's Napa Valley wine industry, local vintners joined the community's successful opposition to Caltrans plans for a freeway running up the valley. Twenty years ago Measure J was passed to hold all county land zonings in place unless changed by a 2/3 vote of the people. In 2008, Measure J was extended and enhanced by the passage of Measure P, granting widespread and vital protections to Napa County’s ag land through 2058.

Local vintners are well into a second generation effort to preserve the valley. Working with the Land Trust of Napa County, vintners are joining other property owners in placing their land into Conservation Easements. These easements dictate how designated parcels will be used in perpetuity - without a sunset date. Approximately 55,000 acres of Napa County acreage that is forever guaranteed to remain rural through the Conservation Easement program.

Vintners have played a big role in the history of Napa Valley's preservation. And we will continue to play a vital role in ensuring that the pastoral beauty and intact natural environment that we all enjoy today still exists for future generations. 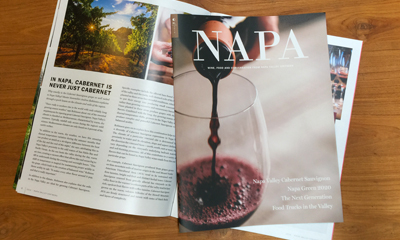 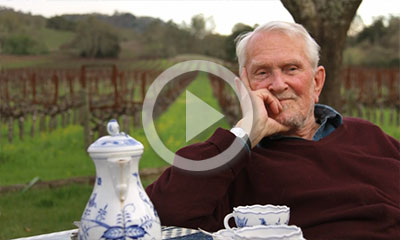 A video tribute to one of Napa Valley’s ag land preservation leaders.