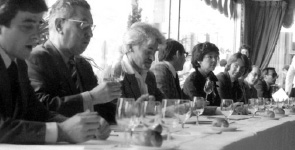 "IT WAS THE JUDGEMENT OF PARIS THAT REALLY PUT NAPA ON THE MAP" - Dr. Liz Thach, MW

The last two decades have brought remarkable changes in fine wine routes to market. The way the world's most sought-after wine collectables are promoted and sold is shifting beneath the feet of traditional third party middlemen. Fresh takes on en primeur and newly forged direct-to-retailer paths are transforming the perceptions of luxury, resulting in enviable demand-exceeding-supply situations for those that have adapted. Meanwhile, for those that have not, their generic, one-size-fits-all trade models are starting to fail in the face of the bespoke, well-targeted methods of the new collectable kids on the block: Napa Valley.

Compared to historical fine wine regions like Bordeaux and Burgundy, Napa is fairly new to the collectables scene. "I guess it was the Judgement of Paris that really put Napa on the map," commented Dr. Liz Thach, MW, of Sonoma State University's Wine Business Institute. "But 20 years ago selling wine was a lot more traditional. There was very little cellar door activity." 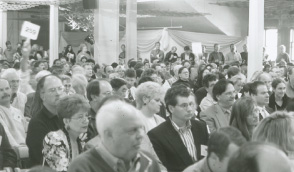 Robert M. Parker Jr. noted in the October 2015 issue of The Wine Advocate, "It has been an incredible journey to experience Napa Valley's eort to establish itself as one of the greatest winemaking regions in the entire world. The renaissance/ resurrection started in the 1960s and 1970s, was derailed somewhat by the phylloxera epidemic that forced replanting, but then hit full stride by 1990, and has continued into this golden age of world-class quality and absolutely extraordinary wines."

While it was established back in 1944, Napa Valley Vintners (NVV), the trade industry organization responsible for furthering the brand and reputation of Napa Valley wines, it is no accident that a number of its fairly recent, highly innovative programs and initiatives have played out alongside the region's enormous growth and success. February 2016 marks the twentieth anniversary of one such initiative: Premiere Napa Valley (PNV). PNV was initiated as a means of reinvigorating trade interest in Napa Valley and to oer the trade a reason to visit the region. A little ironically, PNV really began with Napa Valley creating a new take on an Old World route to market model, in this case Burgundy's Hospices de Beaune. The concept was simple: create a high-profile auction whereby limited release, unique lots of Napa Valley wine are donated by the wineries and offered for sale to members of the trade, showcased via a barrel tasting event. 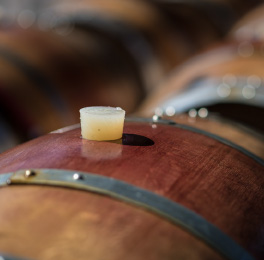 While there are also parallels to Bordeaux's en primeur week, Napa Valley had very different reasons for the establishment of PNV. In the beginning, Bordeaux's futures program was not for marketing, but conceived as a way of financing negociants and châteaux during leaner times in the 1970s. The scale of this model remained small until the 1980s and it was the 1982 vintage when a newcomer to the scene, Robert M. Parker Jr. went against the British grain and published rave reviews in his newsletter The Wine Advocate, which his readers acted upon. And they were rewarded. A rousing success, the 1982 campaign was the touch paper for Bordeaux's greatest, totally unintentional annual marketing event and as it turned out, a very lucrative one not just for the châteaux but for the courtiers, negociants and merchants. 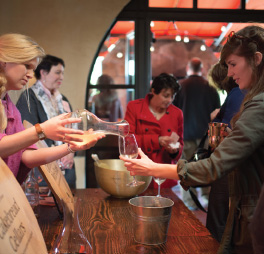 By contrast, far from being a means of financing individual wineries and lining the pockets of distributors, all the proceeds from PNV always have and continue to go directly to the NVV, to help fund this nonprofit marketing organization. The money raised at PNV over the last twenty years has helped support a vast number of initiatives. This includes an extensive research project about the soils, climate and geology of the Napa Valley wine region; work to protect the Napa Valley name, including funding the lawsuit that went to the U.S. Supreme Court; being the first non-European wine region to garner GI status in the EU; and being the first wine region outside of China to garner GI status in that country. The Napa Valley Rocks appellation education program and newly released Cultivating Excellence trade education resource for tablets are other examples.

Since 1982, Bordeaux en primeur has had its peaks and troughs. Most recently it has been in something of a trough since the Bordeaux bubble burst after the exceedingly high 2010 vintage pricing. The market simply does not have faith that the recent vintages after 2009 will hold or increase on their price after they are bottled and hit the retailer shelves. If there is no financial gain to making these purchases, what is the point? 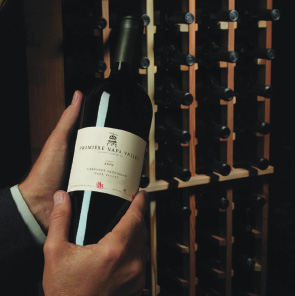 "En primeur is already broken," Justin Gibb of UK based pricing index, Liv-Ex, stated. "2013 did not even exist as a campaign. And based on a straw poll we did of UK merchants, the 2014 campaign was collectively worth for them around 20-30 million pounds. That's only about 10% of the 2010 campaign."

While Bordeaux en primeur flounders to survive as a route to market, PNV flourishes as a marketing campaign. Not only does it pay for future marketing, PNV itself is one of the region's most successful annual events. "I've been intimately involved with PNV from the beginning," Doug Shafer of Shafer Vineyards explained. "The biggest Napa Valley gain is that it brings people to the region. This is great exposure for us to the important gate-keepers of the trade."

Recent visitors to the Napa region probably wouldn't think that coaxing key trade people to this now highly aspirational destination would be a challenge. But the current allure of the region wasn't always the case. A couple of decades ago Napa was a sleepy, relatively unknown town and wineries were just starting to feel the distributor consolidation pinch.

"It was a combination of the consolidation of distributors (wholesalers) and explosion in the number of wineries that forced producers to look for other sales avenues," Liz Thach explained. "Wineries needed a new way to sell wine."

"Our donation is easy," commented a representative from Paul Hobbs Winery. "It is the Nathan Coombs Estate, Block 5, which comes o the Nathan Coombs vineyard we recently purchased in Coombsville. So it's mainly our favorite barrel of Cabernet Sauvignon from 'Block 5' fine- tuned with small amounts of Cabernet Franc and Petit Verdot." 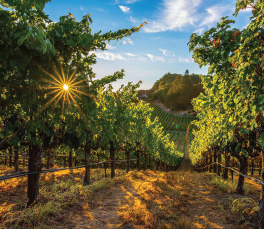 The perceived and real value of this event for the Napa Valley brand is perhaps most clearly demonstrated in the average price per bottle sold at the auction since its inception. In 1997, the average bottle price (wholesale) at PNV was $42. At the 2015 auction the figure was an impressive $286 (wholesale).

A lot of recent media attention has been focused on the rise of Napa Valley's "cult" wine mailing list sales, but in truth, there are only very few Napa wineries that sell exclusively via the direct to consumer model; most understand the importance of a well-balanced marketing pie, maintaining retailer relationships, having a presence on the best restaurant lists of the world and the growing importance of exporting. Even the ultra-boutique producer Colgin sells only about two-thirds of inventory direct to consumer, exporting a significant amount of the remainder. "It is extremely important for us to have a world view of wine," Colgin's director Paul Roberts, MS, commented. "There are great aficionados of wine all over the globe, and we want to share our wines with them." 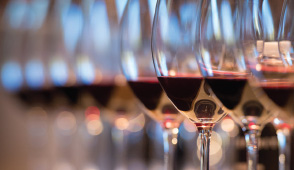 "THERE ARE GREAT AFICIONADOS OF WINE ALL OVER THE GLOBE, AND WE WANT TO SHARE OUR WINES WITH THEM." - Paul Roberts, MS

However profitable wine clubs and mailing lists may be, there would appear to be a clear point of diminishing returns when it comes to direct to consumer. "We have a 'Hillside Select' list. But we don't sell much direct," remarked Doug Shafer. "When we started, the direct sales channel didn't really exist like it does today. We could definitely sell more direct if we wanted to. But then I wouldn't be working with my (trade) partners anymore, and they're important to our business. We need to be on the best shelves and the best lists around the world."

Like Shafer, most Napa Valley wineries confirm that they could sell most if not all of their wines direct to consumer. However, these switched-on operators have the benefit of hindsight, thanks in part to learning from the mistakes of traditional models such as Bordeaux en primeur, not to put all their eggs in any one basket. Not saying "no" to any channel rejects the allure of short-term gain for the insurance long-term sustainability.

Using up-close-and-personal sales techniques, a futures auction as a marketing tool rather than a cash cow, and direct to consumer sales strategies that fly under the collectables' radar as a balanced component of the marketing mix, Napa Valley is now paving innovative new fine wine routes to market. Clear and yet immeasurable successes of Napa's most exclusive wineries, large and small, are creating a paradigm shift of power and control, putting the winemakers firmly in the driving seats. This small, golden-sloped nugget of the wine region has steadily grown in value and reputation for the last twenty years and is poised to continue on this trajectory. It remains to be seen whether these new pups will be able to teach the Old World wine dogs some of their new tricks.